Putting these 3 things together, I’m going to say that “we attribute more attention to unfinished and ‘to be done’ tasks than the ones that are finished”.

Whenever we answer a question like “How did your day go?”, we rely on a automatic System 1 answer than a more rational thought-through System 2 answer. This is because:

Always putting the focus on what’s to be done, discounting what has been already done leads to what I call:  Todo Fatigue. When it sets in, it feels like you’re running in place.

When we’re doing complex tasks with long feedback loops, presence of intermediary positive reinforcement will keep us motivated. Generally more interesting the problem, harder it is to forecast and break the task down ahead of time. 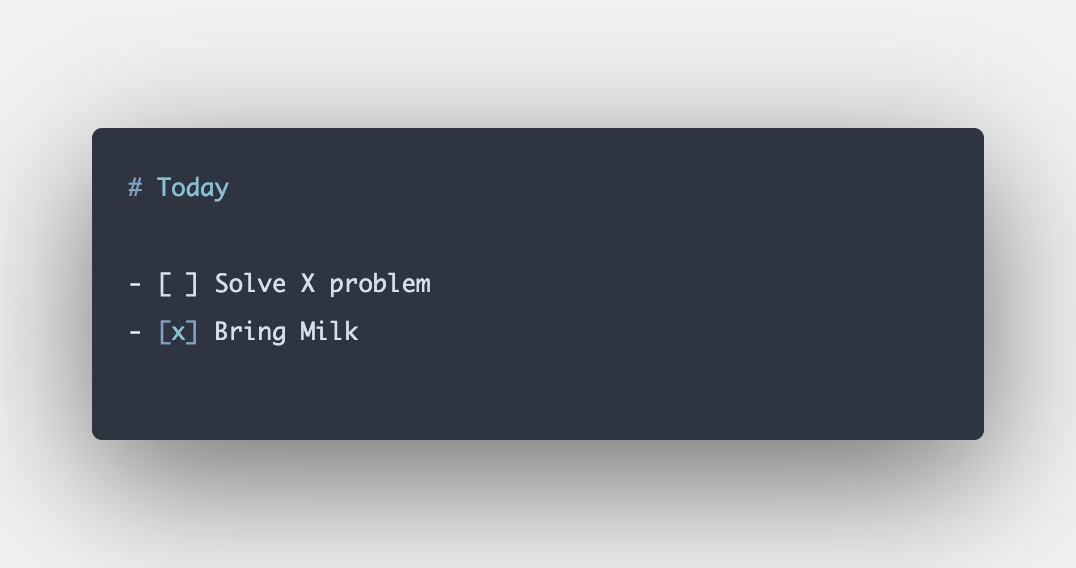 This helped me in three ways:

In the previous example, solving x is much much more difficult and time consuming than bringing milk. Log of things done (done list) communicates that. Forecasting the scope of solving x wouldn’t have been very successful.

How I maintain done lists

I use a simple bullet-journal like method. Every day, I produce a page of things that I did. If they are related to a thing that I planned to do in the day, they are grouped under it. All unfinished groupings get carried over to the next day while all the finished ([x]) tasks do not. For example: 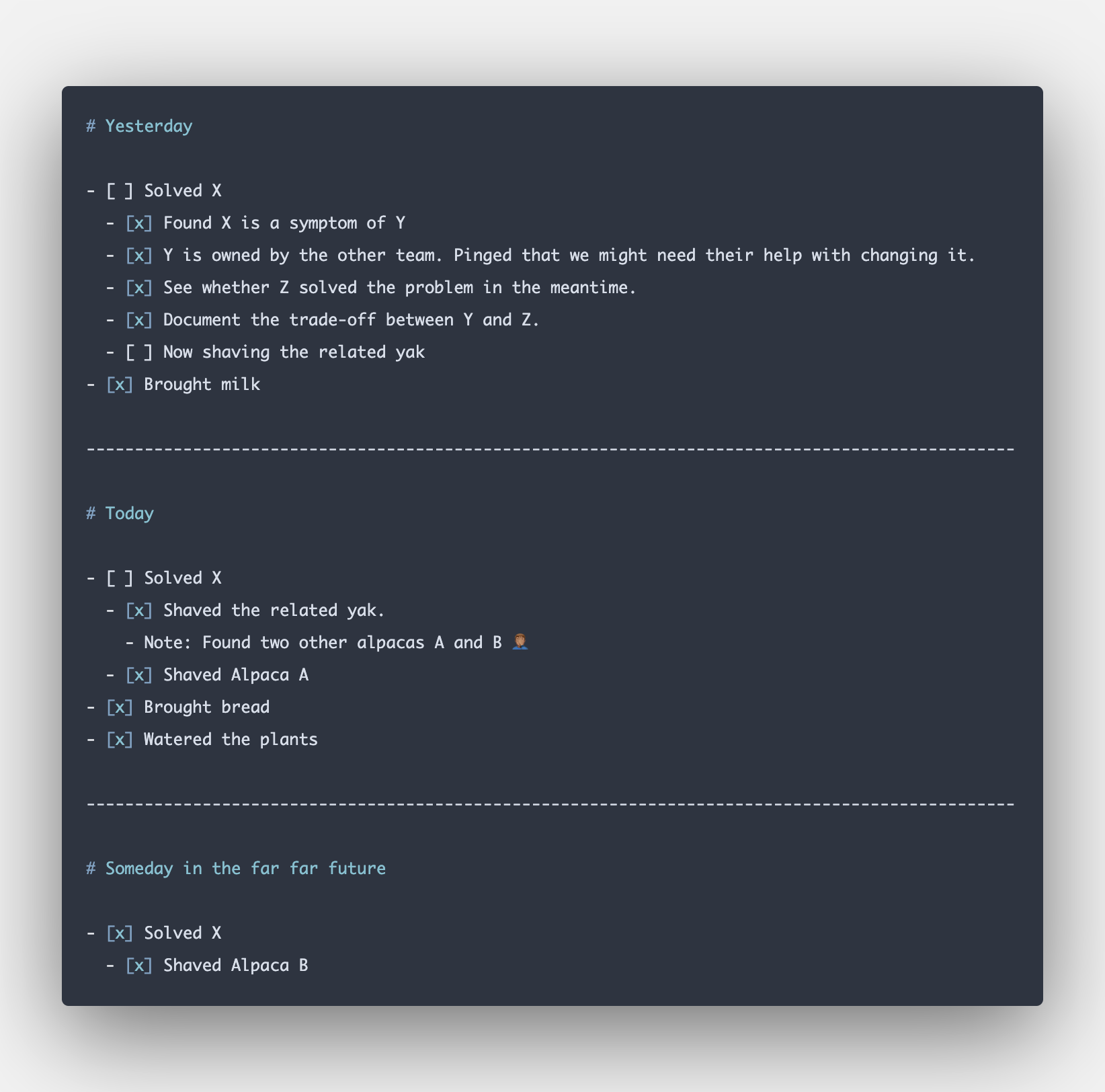 I stick to a collection of markdown files (one file per day - ex: 2020-07-24.md) and have some automation using bash scripts. I sync it across with iCloud sync. Plus, by using some bash scripting like cat 2020-07-24.md | grep '\[x\]' | wc -l, I can get a count of things I crossed off for the day. But I think you can implement the same using any text based software, or paper for that matter.

By maintaining lists partitioned by days helps me derive a “relative value” of the day just by looking at the lines with a [x]. I feel that this is significantly easy for my brain parse than counting the number of items with a special tag in a long running file.

If a task has been appearing with a [ ] too many days, that’s a signal that it is something not really urgent. Therefore, I can move it to a someday.md file (much like the someday/later folder in GTD). This helps me reserve my attention to the tasks that need to be processed with some urgency.

But the data input for these can be a chore, especially if you want to track items that are sourced somewhere else like in Gmail or a Trello board for that matter. That is where automation comes in. Text based software is attractive because of the opportunity to automate data entry if you’re technically inclined. However, automation and subsequent quantification is a fascinating subject that I’d like to explore in depth another time.